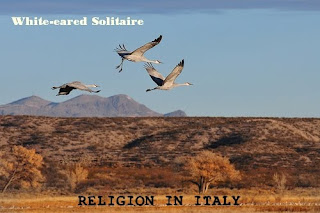 Gosh, has it really been two years since my band, Holwell/Hertfordshire, released our last album? I guess time flies when you're busy in the studio.

If you don't know the history of Holwell/Hertfordshire, we started our band after my previous band, Governor of West Virginia, broke up. Before that, I was in a band called William Pinkney, but a bunch of us quit that band because William insisted on naming the band after himself. He's really a selfish bastard.

Well, as things happen, I've got another new band. That's really how it goes in the music biz. You basically break up because someone's a bastard, or because of the drummer.

To refresh your memory regarding the creation of your own band and CD, it's really easy!

1. Go to Random Article on Wikipedia (the random article link will be on the left-hand side of the page). The title of the article will be your band name.

2. Click Random Article again. This will be the title of your CD.

3. Click Random Article 12 more times. These will be your track titles.

To create your CD/album cover:

4. Click here. The picture that comes up will be your album cover.

I wanted to post the picture again, because I'm so proud and excited!

You're probably wondering where the name of our band, Religion In Italy, came from. Well, our bass player, Brad (or "Father Brad", as we teasingly call him), used to be an ordained priest! He never got to have his own parish; he was always just the assistant pastor. Thus, he always had to do the 7:00 a.m. Sunday mass, and he had to man the confessional, because the main priest (I guess you'd call him) said that it was too boring ~ never any GOOD sins to hear. He also had to type up the Sunday bulletin and clean and shine the chalices. And he never got to swing that incense thing during Lenten services, which he really, really wanted to do. So, he finally got bored and quit.

Brad found our ad in (ironically!) the Sunday bulletin, for a bass player, so he applied! We liked him a lot, and we always let him douse the audience with incense during our shows. That makes Brad happy.

So, enough about Brad. Let's move on to the tracks on our CD, "White-eared Solitaire", shall we?

As you can see, our songs lean heavily on that Latin and Italian romance languages (guess whose idea that was!), plus a light dose of Southern Rock. You wouldn't think it would work, but it really does!

We've provided some links to samples of our music ~ we know you'll love it!

You can find "White-eared Solitaire" in the Southern Gregorian Metal section of your local independent record shop. And on iTunes, of course!

And I would be remiss if I didn't list all the band members:

Drums: whomever is available

I know I always say THIS BAND (Holwell/Hertfordshire, Governor of West Virginia, William Pinkney) will be the one that gets us to the BIG TIME! But I really think we've hit on something now, with Religion In Italy.

I mean, c'mon! Southern Gregorian Metal is IT! If you miss it, you're just going to be mocked for your naive comments on the Entertainment Weekly website comment section! And those people will hunt you down! (Believe me, I know.)

Do you REALLY want to come off as a rube?? I thought not.

So, be the first on your block to buy "White-eared Solitaire". If you do, that one guy who was in "127 Hours" will come to your house, and Ricky Gervais will be AFRAID to mock you!

Email ThisBlogThis!Share to TwitterShare to FacebookShare to Pinterest
Labels: create your own fake CD, fun and games, music, musings