The Birth of the Internet

If Google hadn't told me, I would never have guessed that the internet was born thirty years ago. Who used it?? In 1989 I still thought a correctable typewriter ribbon was a wondrous invention. I still composed all my work correspondence on a Smith-Corona. I was an expert at setting margins and indents. The traveling accountants at my company carried something called a "laptop", but it was essentially a portable calculator with a savable worksheet.

When I worked at the catalog store in 1979, I drooled over something called a "word processor" and wished I had the money to buy one. But I don't know what I would have done with it (well, type, sure). I don't know if there was even such a thing called a printer, and if there was, my super-serious works would have printed out on green and white paper with holes along the edges.

Even when I began working at the health insurance company in 1990, we only had green-lit CRT's that connected to nothing but the internal guts of US Healthcare.

We didn't question how it worked; just trusted that it did. When I became a supervisor in '91, I, like everyone else, used the CRT as a makeshift typewriter to type up memos, which resulted in very odd notes inadvertently added to some poor member's claim when we accidentally hit the "save" button instead of "print".

My very first home computer was purchased from an outfit called Gateway, which, to its credit, was headquartered in South Dakota. The shipping box had cow spots and everyone who ever purchased a computer in the early nineties bought one from Gateway. It was "plug in and go". No technical skill needed whatsoever. I do recall that it arrived in multiple boxes, of which I have no recollection of the contents. It doesn't seem to me (now) that a computer should require four boxes, but maybe it was to make us neophytes feel "computer savvy" (I definitely wasn't.) 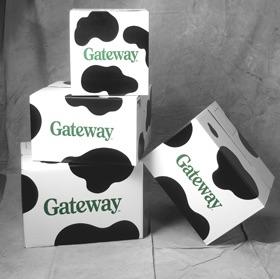 Once I assembled my newfangled contraption, I had little idea of what to do with it, except for playing a lot of solitaire. But never fear ~ America Online to the rescue. Every mail order package I ever received was accompanied by an AOL floppy disc that screamed, "Two Months Free!"

Once I chanced to slide that innocent diskette into the slot, my life was forever seized. AOL was sort of the internet but sort of not. It had "groups" for various interests that one could join and talk to like-minded people. I joined the country music group, which grew monotonous. There were about five or six people in the group and none of them (including me) ever said anything interesting. I remember a discussion about Brooks and Dunn where I opined that their second album was so much worse than the first because they'd had years to write songs for the first album, whereas "Hard Workin' Man" had been slapped together quickly to capitalize on their newfound fame. And then someone said, "That's a good point" and the conversation drifted off to nothingness.

I then looked for new distractions, but I didn't know how to find anything. Someone said there was a search engine called Alta Vista, which seemed rudimentary but never quite produced the results one was searching for. Granted, there wasn't a whole lot to find in 1995.

When I finally did find something, one of my kids would pick up the phone upstairs in the kitchen and my connection was lost. I wonder how many family fights ensued because one person innocently pulled the handset off the receiver to place a call. "I'm online, dammit!" Dial-up was all we knew,  and it was a tenuous connection. Even if no one cut into the line, sometimes the familiar screeech took forever to materialize.

My go-to site was something called Amazon, which sold (only) books. I thought Amazon was a revelation and I purchased every single book I even minimally thought I wanted. 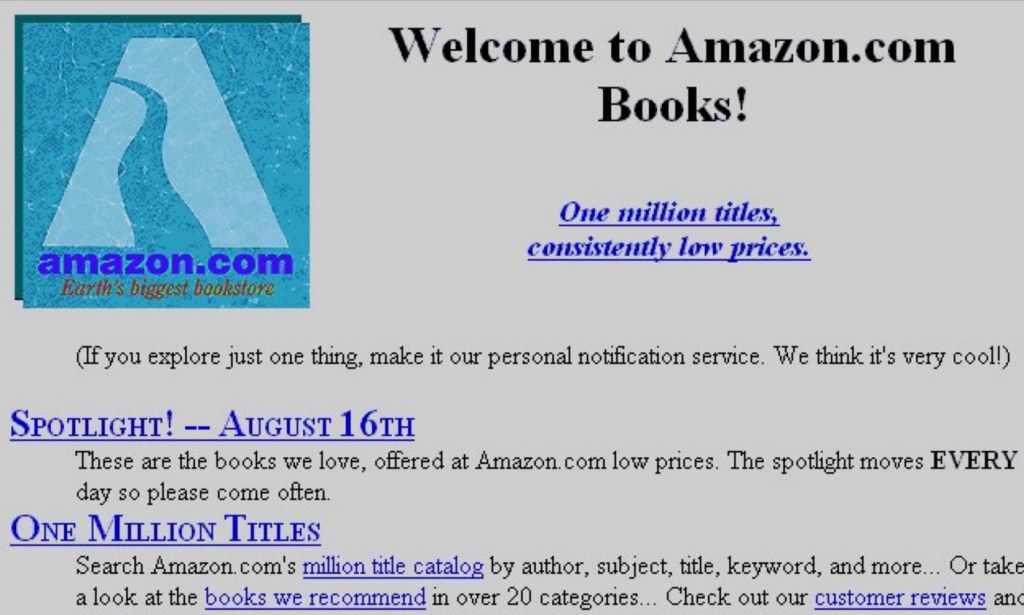 Honestly, Amazon should pay me a recompense, since I was one their very first loyal customers. Jeff?

I bought a sleeve of floppy disks because I thought there might be things on this newfangled "internet" I would want to save. If I ever saved anything, it has escaped my mind.

Now "Google" is a verb. But there was no Google in 1995. Even in 1997, though my company made the internet available, I had little reason to visit it. I had an email account via Hotmail, but it was cumbersome and a new term ~ spam ~ had facilely made itself known.

Thirty years has changed life forever. I now publish books and music online with little effort. I lose patience and give up on sites that don't load immediately. I flaunt my ability to find practically anything if I search long enough (just ask me!)

I've reconnected with friends and yes, my now-husband, online.

One thing that hasn't changed, though ~ Brooks and Dunn's second album still isn't very good (except for this):