Reviewing The Top 10 Country Singles From This Week In 1992 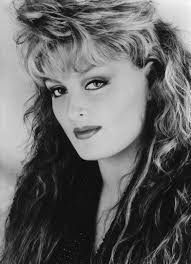 Ahh, where did the last three decades go? The first Bush was president, the Mall of America opened a few miles away from my home (I've been there once, which was more than enough), Seinfeld was a hit, George Jones was inducted into the Country Music Hall Of Fame, and at the CMA's it was Garth Brooks' year.

I was fully ensconced in country music, and music-wise I remember it as a happy time.

The rules are thus:

I'm using the American Country Countdown wiki as my reference.

#10 ~ Lord Have Mercy On The Working Man ~ Travis Tritt

The track begins as kind of an homage to Jimmie Rodgers and the Dust Bowl years, with a dobro and a slide guitar, which sets the downcast mood. Then the chorus kicks in with more modern accoutrements to bring us into the singer's present circumstance. This song offers probably the most important component of a memorable composition ~ a singalong chorus. I like the group of background singers punching up the last chorus, signaling that many people are drowning. I can imagine this one going over HUGE at the artist's concerts thirty years in the future.

Honestly, from these first two tracks one would think that 1992 was an awful year. I don't remember it that way. I and my family were doing fine. My career was humming along, my kids had new clothes, I didn't worry about paying the bills. Was I living in some kind of alternate universe?

Despite the rather jaunty instrumentation, this song is a downer. It's well-written, no question, but I question whether anyone will remember it thirty years hence. My impression of this group is that they whirled around from performing goofy little ditties to morose "message" songs in a flash. I do appreciate their foray into serious music, but my optimistic nature prefers one of their earlier hits, The Walk. And songs do need to match the times. Who knows? Thirty years in the future, this might fit right in. Nevertheless, societal realities aside, this ranks a strong...

I'll just be upfront ~ I don't care for this...at all. Ballads really need to be majestic to succeed. This one isn't. Reba is a great singer, but it sounds like she's straining to hit the high notes on this one. I get that this is about her dad, and I loved my dad, but that love would impel me to write him a better song. Nobody will ever remember this. I've almost forgotten it already.

#7 ~ Wrong Side Of Memphis ~ Trisha Yearwood

One immediately has to acknowledge the singer's superb instrument. But this song's structure is too repetitive, and has nothing for the listener to latch onto. It seems this is a case of a great singer searching for a style. I hope she finds it. I wouldn't purchase this, and if it were included on a greatest hits CD, I'd skip it.

Few singers are truly original; John Anderson is. One can never mistake him for someone else. The production on the track is outstanding, but a memorable song generally can't be all mood. It would benefit from some change-ups. The track benefits from the singer and from the production.

My first thought upon hearing this is Little Texas. The two groups could be interchangeable. I don't know if this one will stand the test of time. It has an unmistakable nineties vibe. That's not to knock it. I like it for what it is. And not to beat this issue to death, but a memorable chorus is key, and this song has one. As a moment stuck in time, this isn't bad.

I have a natural antipathy to songs with Jesus and Mama in the title, unless it's Mama Tried. It seems this group tried to branch out from its rowdy reputation, but sometimes you just gotta stick with what you know. This is certainly not I'm The Only Hell My Mama Ever Raised, unfortunately. It's cloying and pandering ~ an automatic letter grade deduction from me.

This is how a ballad is done. I can't find a single thing to criticize here. What a universal message. Singer, production, song ~ all superb. Instant classic. This makes me not even want to listen to the others remaining on the chart.

Fans will probably remember this one, but more for the singer than the song. Frankly, there's far too much going on in it. It's like it has to check every box, which in the end turns it into one sloppy mess. Hopefully Wynonna as a singles act will discover her actual sound.

I kept looking for something to say that'd boost this one. I really like the singer, but this is by far not his best effort. I guess the chorus is pretty good, but to be frank, only the singer saves it.

So, there you have it ~ a snapshot of the top ten singles from thirty years ago today.

In This Life ~ Collin Raye: A+

Lord Have Mercy On The Working Man ~ Travis Tritt: A-

Cafe On The Corner ~ Sawyer Brown: B

Going Out Of My Mind ~ McBride And The Ride: B

No One Else On Earth ~ Wynonna: D

I believe that if you find one gem, all is right with the world.

I definitely found one.